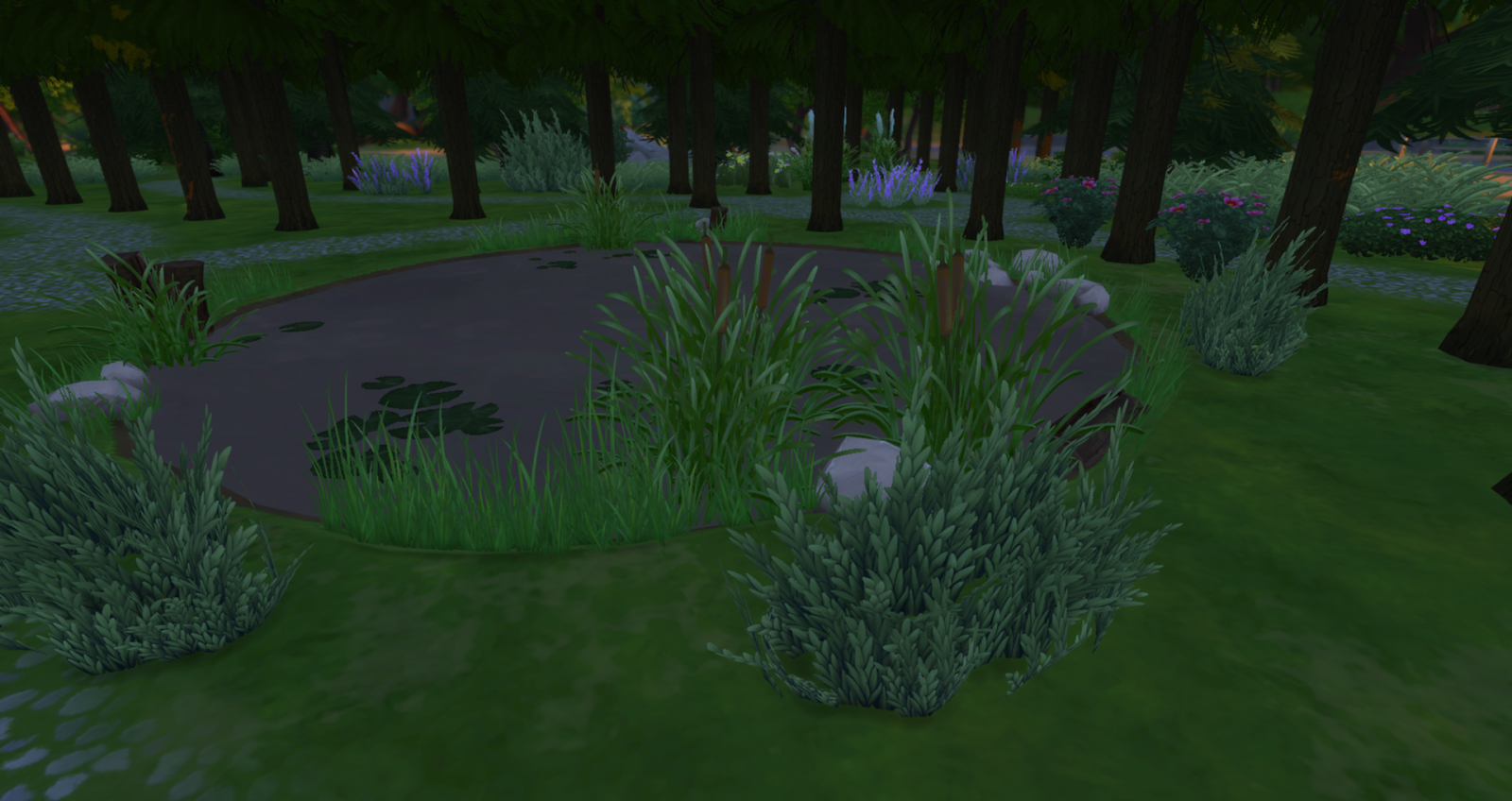 Another Chapter of the Theirin Legacy is brought to you by:
Lake Felendaris Forest.

Hey guys, welcome back! Last we left off, Calenhad returned to the fire he lit; only to find two strangers standing there, warming their hands. "Come then young man, we mean you no harm"
The woman who spoke, was by no means old, maybe a little older than Calenhad, but not old. Beside her stood a man who mirrored the warmth she emanated.
Calenhad approached cautiously, his brow furrowed, then he remembered that he did make himself at home at their camps.
“I’m sorry to intrude like this –“
“No need to apologise young man. We saw what you did for the young ones” Calenhad nodded and looked around for signs of more people. There was none, he wondered where the two strangers had come from. 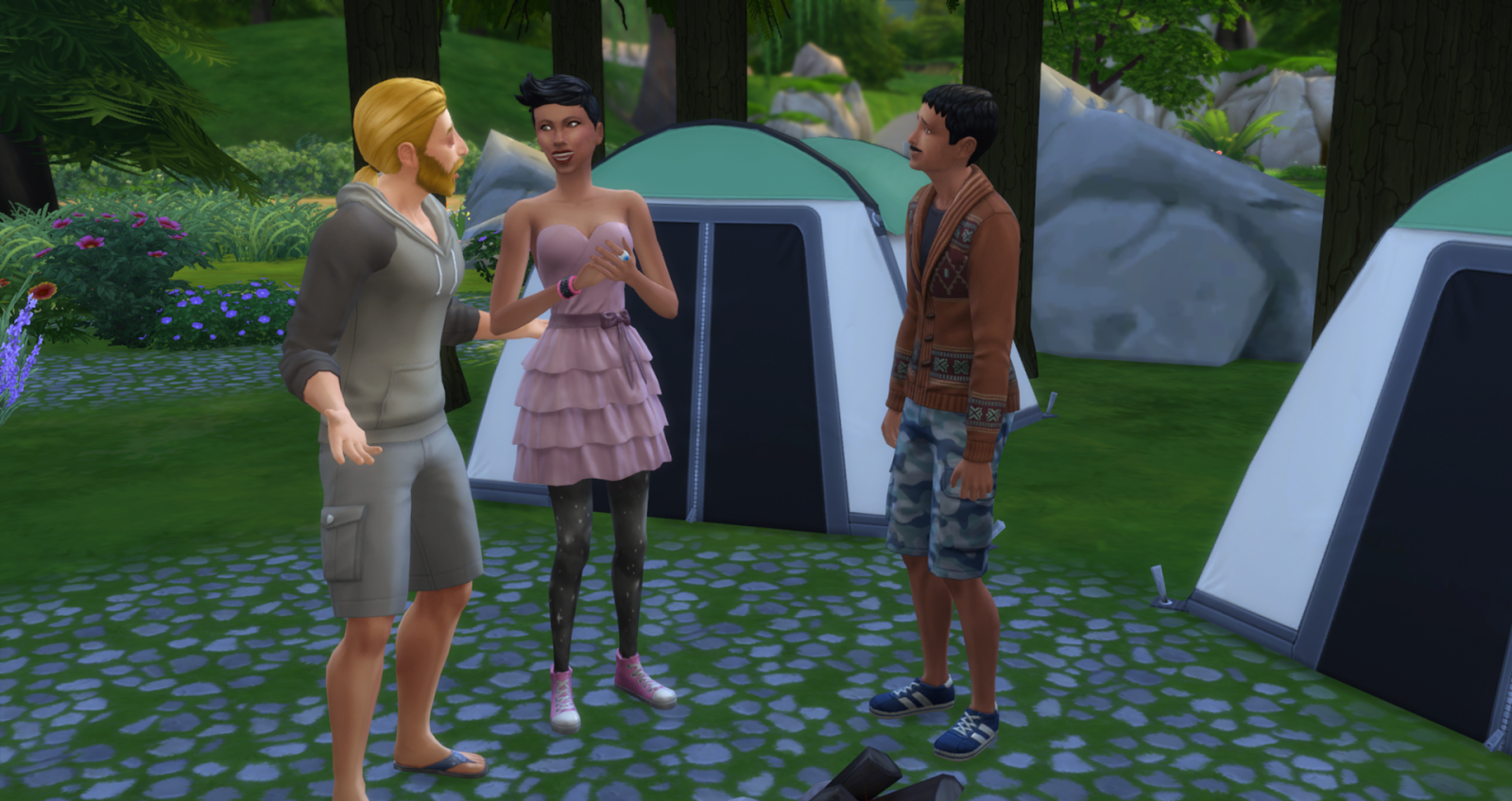 “Do not worry, they are still wary of strangers but will not harm you…”
“Unless you tell them to?” Calenhad had the feeling that the woman was the leader of whoever resided here, she had an authoritarian air about her, quite similar to his mother. Her face relaxed and the smile turned to a smirk, “Perhaps. We had to protect ourselves from many people, let alone the predators who live in these forests.”
Calenhad had no doubt she was telling the truth, he’d run into several ‘Plague hunters’ on his way back home, he had evaded their attempts at killing him, but he had seen many others felled to their pursuits. 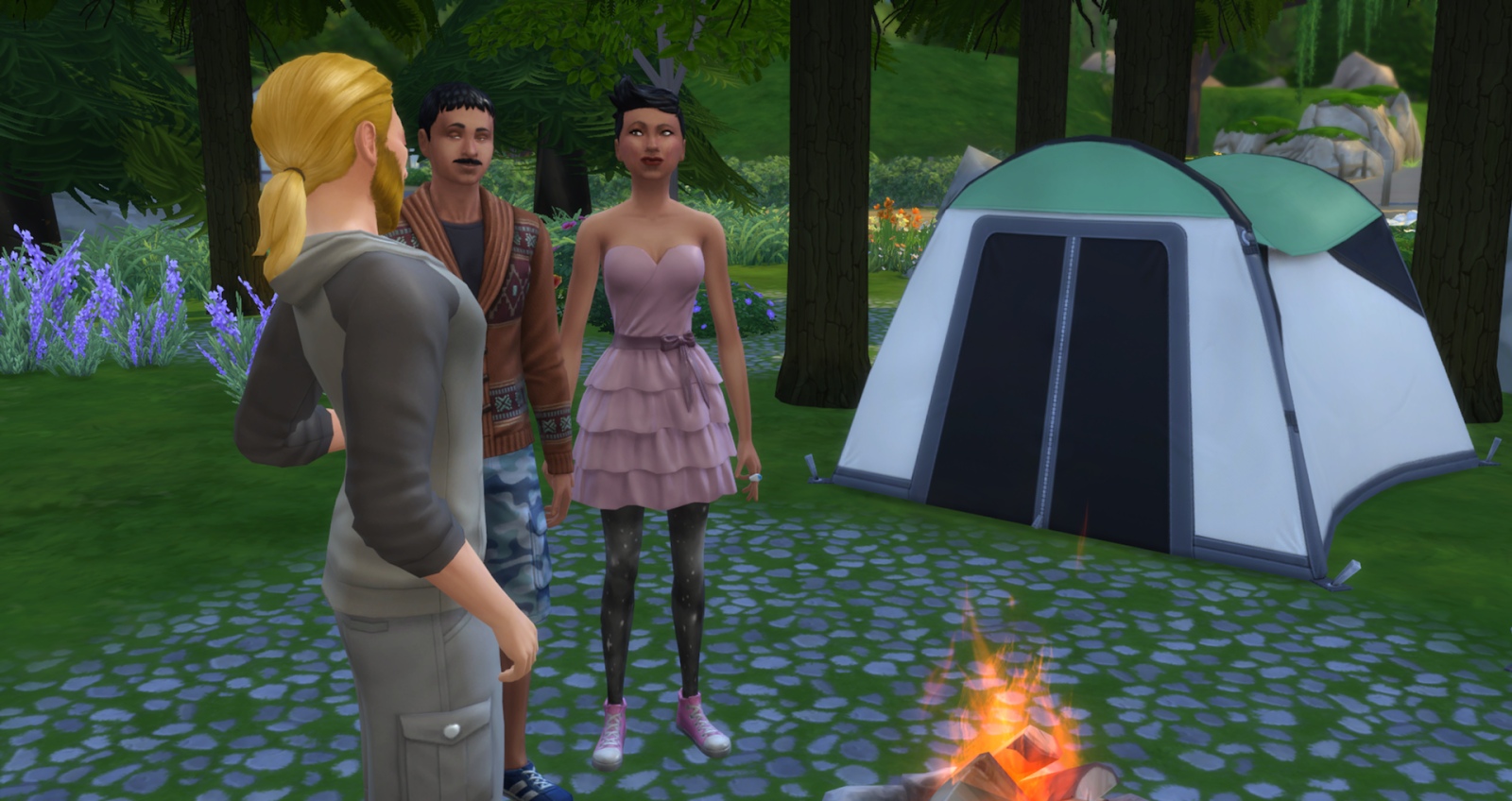 Soon the smirk was replaced with the warm smile she had when they first met, her eyes never leaving Calenhad. “For now I would simply like to introduce ourselves, I am Valerie, “she nodded to the man who had moved from the dying fire to gather dried wood and sticks around them, “This is Emiliano” Calenhad gave the man a nod which wasn’t returned, but the man had an eerily calm demeanour.
“Thank you, darling.” Valerie said as Emiliano fuelled the fire, placing her hand gently on his arm and smiling to him sweetly. “So I hear you are a Theirin. Welcome home.” Before Calenhad had time to respond, Valerie sent Emiliano off to get him some food, “You shared with people of our group, I am sure we can spare you something.” While Emiliano was gone, Calenhad stared at Valerie, “How did you…”
“I heard you tell the young ones that you are Calenhad Theirin. From my knowledge that makes you the middle son of the late Theirin whom perished to the plague. Making you the last Theirin.”
“How do you…” Valerie gave out a small chuckle and shook her head.
“I have lived in these parts for many years, I was fascinated with our lands history.”
“So, none of my family survived?” Valerie shook her head solemnly. 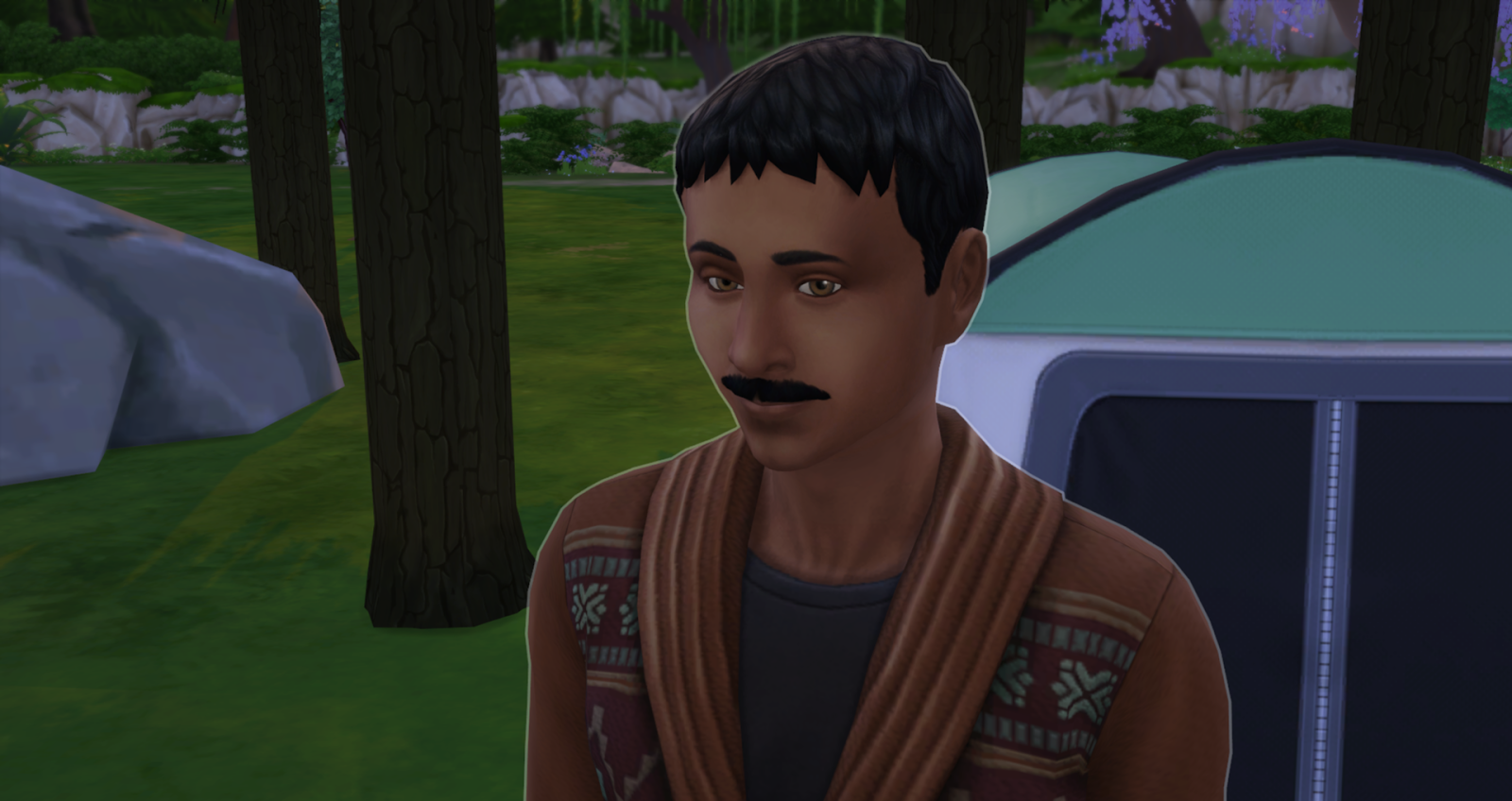 Emiliano returned shortly with some food, which to Calenhad’s empty stomach smelled like ambrosia. “Thank you he mumbled,”
“You’re welcome, Val said you would come. Many of us doubted her.” It was the first few words Emiliano had said, which slightly stunned Calenhad who began to think the man was a mute or had taken a vow of silence to prove his worth to whatever god he believed. Soon his thoughts returned and more questions popped up in his head, these people made no sense to him. “What do you mean, she said I would come?”
Valerie sighed, “One night I predicted you would return; your return marks the end of the plague.” 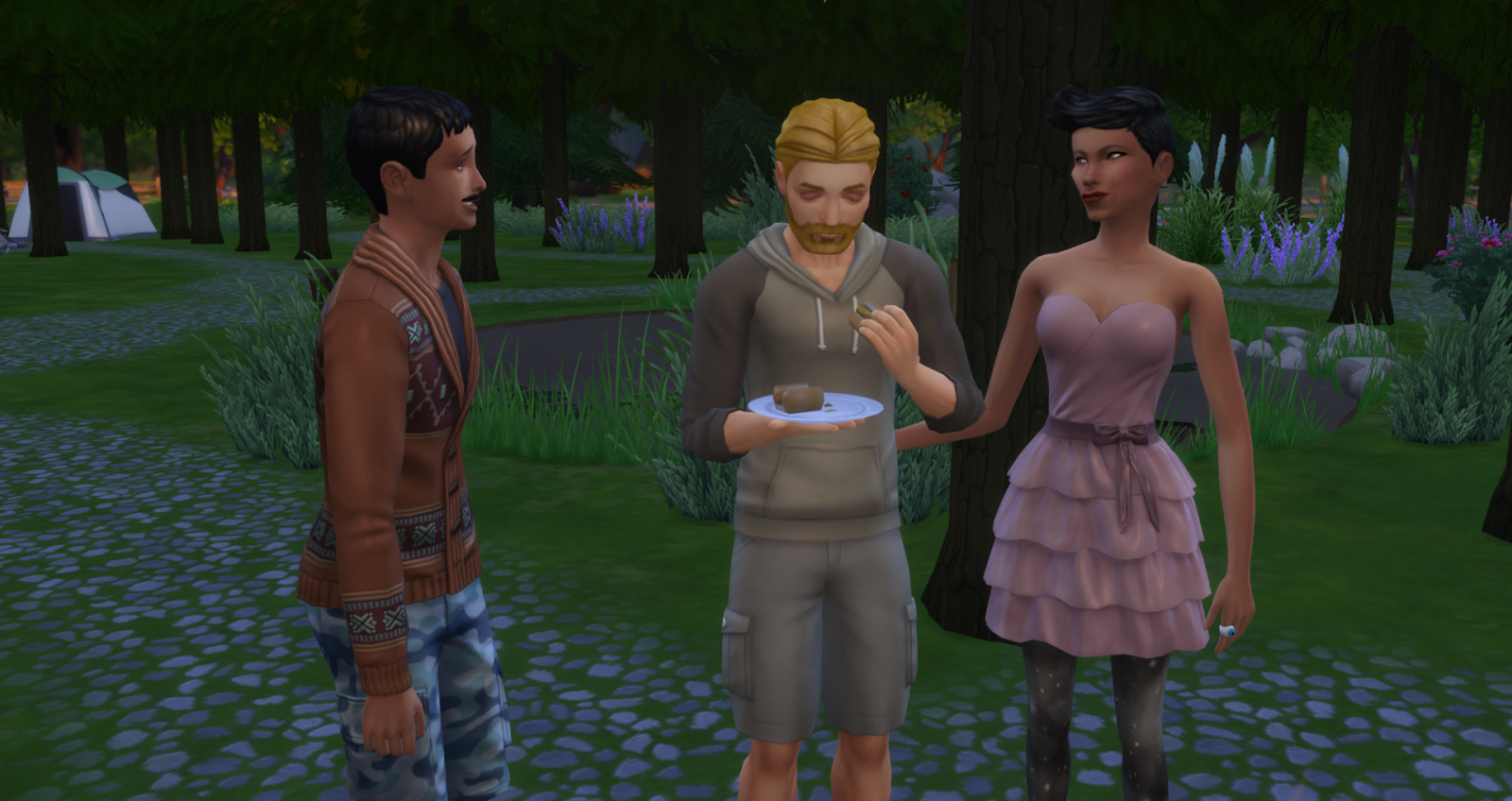 Calenhad ate in silence as he pondered what they were telling him, how could anyone predict his return, let along the end of the plague? Valerie and Emiliano spoke amongst themselves about mundane day to day tasks of the refugees, and he realised that Valerie had done well by them.
Emiliano supported Valerie subtly Calenhad realised that they were as one, a team that made things work so they could survive. Suddenly he missed his wife. He knew that she would have been his rock during times like this, and he would be the same to her. Now that was to never be. “Well, well. What is going on over here?” A silky voice came from behind some trees and soon a slender woman with short cropped hair appeared, a smirk on her face and a glint of mischief in her eye. Calenhad realised his mouth slightly hung open and shut it quickly.
“Ah Selena, dear. Let me introduce…”
“Calenhad Theirin, middle child and eldest son of Clan Theirin.”
“Does everyone know my entire lineage around here while I know none of you?” Calenhad growled, he was starting to get annoyed that there was so much he didn’t know about these people.
Selena giggled and wandered over to them, Emiliano standing by her to check something on her arm. “You never were very aware of your surroundings Calen.”